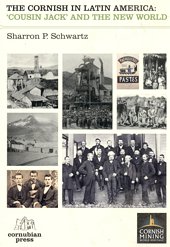 A book to deepen the links between Europe and South America in mining:
Schwartz, Sharron P. (2016): The Cornish in Latin America: Cousin Jack and the new world. - 625 p., The Cornubian Press, Wicklow, Ireland.

Mining was the key to technical, social, and scientific development in many parts of the world. On the other hand, mining was not a harmless and entirely sacrificing profession. The mines' mechanization, the increasing level of knowledge, and the change to porphyric, i. e., large-scale deposits, forced the mining industry to adapt its working methods time and again. Here, the period from 1830 to 1920 is to be evaluated more precisely.

Between 1830 and 1920, technical progress in mining was already clearly visible, and mining methods differed markedly from earlier times. For technical reasons, the metal concentrations were still remarkably high (silver was from 1% to 3%, copper was initially from 20% to 25%, later at 3 to 8%). The small vein-type deposits caused a rapid deepening of the mines. The use of a "Men Engine" in some shafts in the Harz mining district accelerated miners' entry and exit from the deep mine.
The technical progress made it possible to increase production while deepening the shafts considerably. In general, the mining industry was already geared towards mass production and efficiency during this period. Rich ore bodies were exploited throughout in vein-shaped (here) or sedimentary deposits (here). Only the provision of low-cost energy was not guaranteed or very difficult. Water, steam engine, or horsepower were the most important sources of energy. The period is generally known-indicated by:

The historical development in the Atacama region reflects all these changes very nicely. This region, located at the "end of the world" at that time, was increasingly approaching the Industrial Revolution centers. Globalization finally reached the last part of the Atacama Desert. This epoch came to an end around 1920, and there were profound changes:
- Electrical energy was now available worldwide.
- Commodity prices fell.
- Deposits showed significantly lower metal concentrations and much larger extents. Now the porphyry deposit type (here) was preferred. 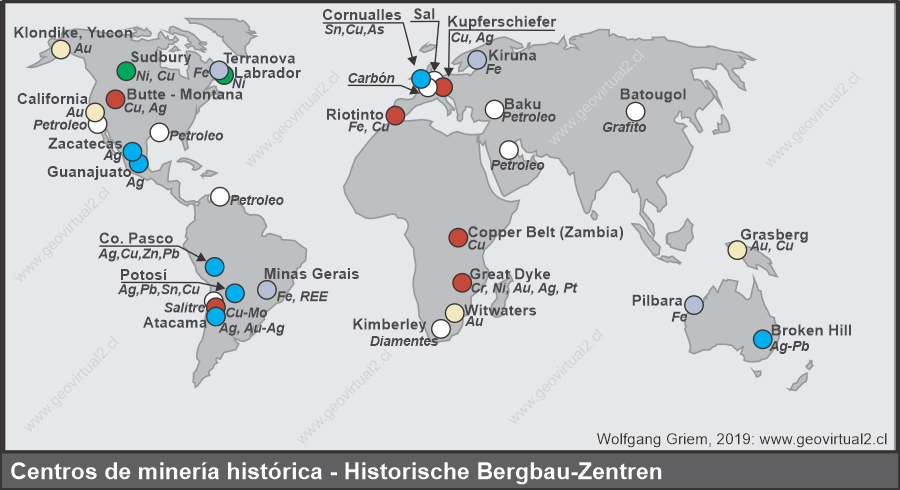