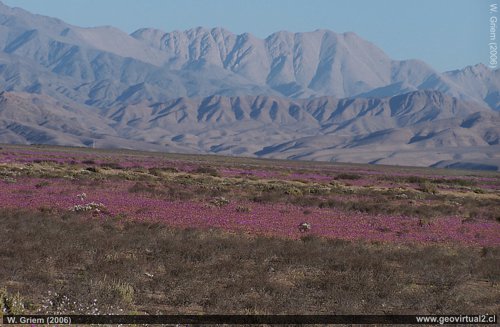 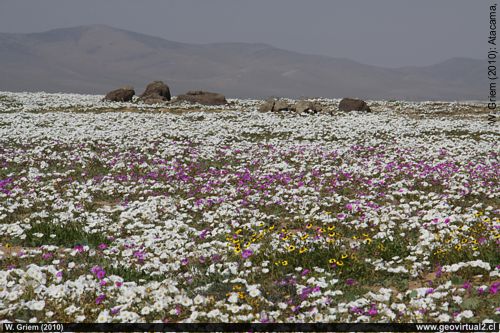 The desert blooming in the coastal sector, near Barranquilla in 2010 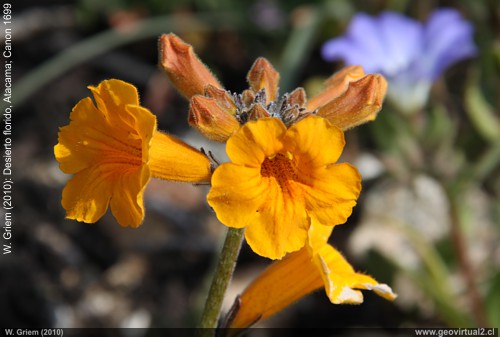 Argylia radiata, or flower of Jote in the desert of Atacama, Chile

The desert in bloom

An almost unique phenomenon in the world, after heavy rains the Atacama desert converts a garden full of flowers of all colors. In these years, between September and November the desert is hardly recognizable. One of the world's driest place in bloom after heavy rain falls in month of may.


One of the most striking and impressive phenomena is undoubtedly the flowering desert. After rain falls in winter, the desert becomes a sea of flowers. Especially if rainfall occurred during the months of July and September. It depends on the weather of the year, but generally after rains the desert begins to bloom in the last weeks of September until late November. But until January or February, a slightly greener aspect remains in the desert.

The flowering desert occurs because of the ability of some plants adapted to the desert climate to keep their seeds in an inert form a few centimetres below the surface for years or decades. They only sprout if the amount of falling water is sufficient to start the cycle.

This phenomenon has a strong impact on the desert's ecological system: In these years the number of insects and birds is much greater in comparison to normal years.

Information:
The flowering desert is not an annual phenomenon. It depends on the amount of rainfall between April and August of the same year.
Remember that plants and flowers cannot be removed.