History and Chronology, Timeline of Copiapó 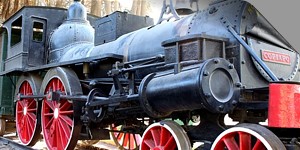 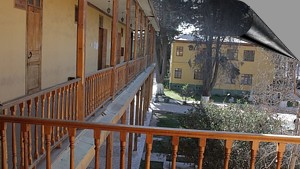 Copiapó is the capital of the Atacama Region, located in the north of Chile. With 162,000 inhabitants, the city is located about 70 kilometers inland in the fertile Copiapo Valley and is also the heart of an important mining center in South America: copper, silver, gold and iron are the most important raw materials mined here.

The history of Copiapo goes back to pre-Spanish times, the Copiapo Valley was inhabited by pre-Spanish cultures for a long time. Around 1832, large silver deposits were discovered and developed; around 1870, Copiapó was one of the largest silver producers in South America. At the same time as copper and gold mining, a considerable wealth moved into the small desert town. The rapid industrial development was also reflected in technical progress: the first railway from Caldera to Copiapó, deep-sea cables, mining school, street lighting and a variety of innovations quickly reached Copiapo. Around 1900 the silver mining industry was extinguished, and copper mining was also severely reduced. Only in the fifties the copper industry recovered and to this day it is one of the main sources of the region and the country.
Today Copiapó is a small town, you can still see its rich history, but there is still an atmosphere of the fifties in some streets.

Copiapó offers accommodation for every budget: from cheap residences to exclusive hotels. Restaurants of all price ranges can also be found everywhere. Museums, cafés, the Plaza and many other places invite you to visit. Copiapó can also be chosen as the starting point for many Andean tours.

So why Copiapó?  I'm going to say . . .
Copiapó has always been a city where people produce silver, copper, gold and grapes. Copiapó may not be beautiful - but it is certainly interesting, Copiapó is authentic. The streets of the city grew with the mining industry. Unfortunately, the economic development in the mining industry is never straightforward - this can be seen very clearly in the inner city area of Copiapó. Houses of the noblest kind built perhaps 150 years ago are now facing decay - if they are not restored for reasons of monument protection.
In Copiapó, we can look back on an era which unfortunately can hardly be observed in other places. It is worthwhile to hike the side streets in the inner city area with your eyes wide open and to explore the different phases of urban development. The once glamorous buildings of the rich citizens of the "Tres Puntas" or "Chañarcillo" period (1840-1890). The buildings in Art Nouveau and Bauhaus style from 1920 to 1950, as well as the architectural building sins from the 1960s  and 1970s, which are also part of the development.